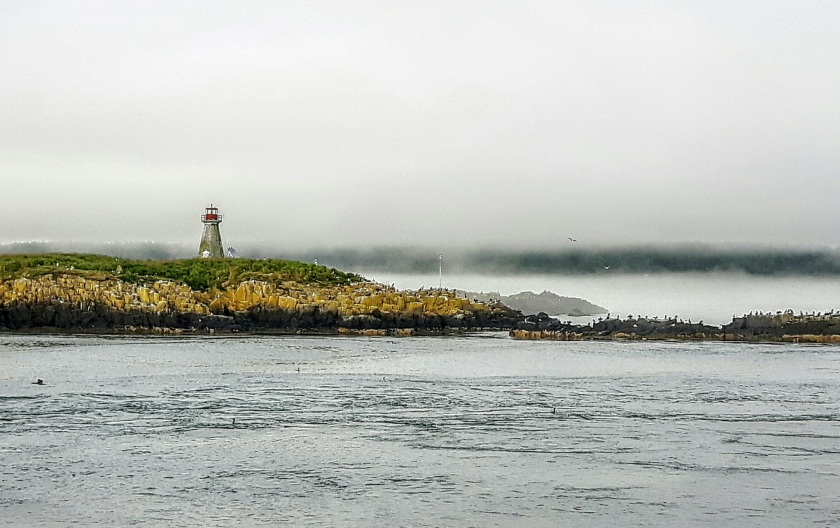 We struck out for the 4 hour drive from the South Shore around noon so that with a stop along the way we would arrive around 5 or 6, have dinner and get the kids in bed.  We stopped at the Irving Big Stop Restaurant in Digby for dinner and a giant Chocolate milkshake.  Although I had intended on ordering something healthy, I spotted Potato Skins on the menu.  Since I lack all self-control when it comes to Skins, I ordered them up and was not disappointed.  Delicious!  The milkshake, which I believe was my little guy’s first ever, was thick and creamy.  Yum!  The drive from Digby to the Island was beautiful.  The rolling hills and ocean views were breathtaking at times.  I totally pulled an “obvious tourist” and pulled over to take pictures.

The best was yet to come.  Ferries!  Isaac was so excited he could barely contain himself.  He waved at the personnel on board like they were Brad Pitt.  There are two ferries along the way.  Each has a $7.00 fee to be paid on board on your way over to the island.  Cash only.  There is no charge to come back.

Entering the island is colourful

Beautiful mural on the side of the General Store

The room at Brier Island Lodge was spotless.  We booked a Jacuzzi room because that’s exciting for little people just in case we had bad weather and couldn’t get out to explore.  We lucked out though and had wonderful weather for our stay.  A word of caution for travelers though is that they don’t have TV’s in the room.  They do however have free WiFi so we brought our computer to watch before bed.  The breakfast was in their dining room which provides a more sophisticated atmosphere and menu than my little’s are accustomed to.  My daughter has just discovered how to screech and loves every second of it.  We ordered Yogurt Parfaits, wolfed them down and escaped before the screeching.

We then headed to the General Store and stocked up on coffee and snacks for the tour.  I bought children’s Gravol because I wasn’t sure if they would be sea sick.  It really needs to be administered beforehand but luckily the seas were very calm and no one was sick.

Boarding a tour boat with kids is akin to boarding a plane.  You can feel the collective groan, real or imagined.  I spoke at length with Isaac about proper behavior aboard the boat so that we didn’t take away from the beautiful experience for the other whale watchers.  My daughter was good as gold on the way out.  She sat on my lap and took it all in. Isaac sat beside a warm and kind woman from New York State that we had met at the hotel that morning.  She was one of those genuine souls that you meet and instantly want to be friends with.  We also sat beside a very interesting woman from New Jersey.  She was on vacation and was taking in several whale watching trips every day of her stay.  She had a wealth of information on all things whales and sea life.  I am so grateful that we were placed near these two women.  The kids were pretty good on the boat. Maddie practiced her screeching a couple of times (eeeeeek!) but other than that they were interested in what was going on, and the snacks that we brought.

He was amazed by the entire experience 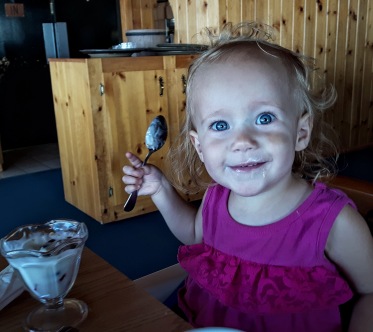 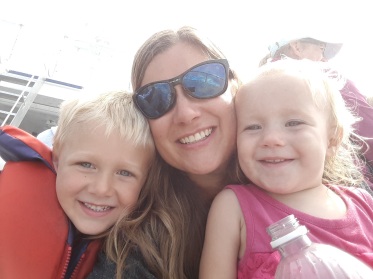 We steamed out and then the Captain shut off the boat.  It was too foggy to see the whales so we were very quiet and listened for them.  We did this a few times and then the magic struck.  The captain started the boat and we were off.  Within 10 minutes we were sharing the waters with a Humpback whale, and then another.  They flapped their flippers on the water, flipped and eventually dove deep down.  Since they can hold their breath for upwards of 30 minutes we moved on to find another.  Isaac was mesmerized.  The guide, Kat, was a Marine Biology student from Dalhousie University.  She was fabulous.  She taught Isaac about the different whales in the area (Humpback, Fin, Right and Minke) and let Isaac sit up with her while she explained where to look. She also brought him out a sheet about the different sharks that swim the waters of the Bay of Fundy which was pretty interesting.  On our way back in we even saw a puffin.  This was possibly a once in a lifetime experience and I know Isaac and I will remember it forever.

After the tour we had a yummy lunch at the Lighthouse Café and then struck out for sightseeing.  There are two land-accessible lighthouses in the area and one just off shore to see.  There is a  Coast Guard Station at one of the lighthouses with the friendliest personnel around.  They were playing catch with one boy and answered any questions we had.  There is also a hiking trail that starts at this lighthouse that will take you past “Seal Cove”.  Isaac was most excited about seeing seals and apparently during low tide there are tons of them laying around the rocks at Seal Cove.  We missed the seals but enjoyed the hike quite a bit.  There is also a sand beach but we were running out of time and had to head out.  We lined up and took the ferries and winding roads back out.  Given the opportunity, we would do this trip again and again.  That said, it would be better suited for older kids but since we were here and I’m not sure if we’d get the chance to go again I couldn’t pass it up. 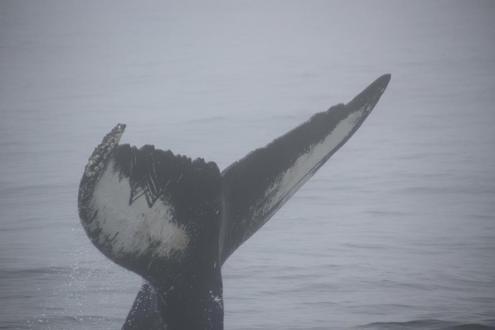 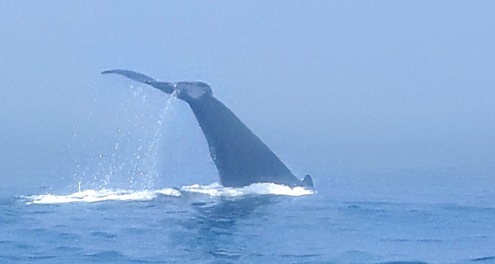 Isaac with Kat, the guide

Along the hiking trail 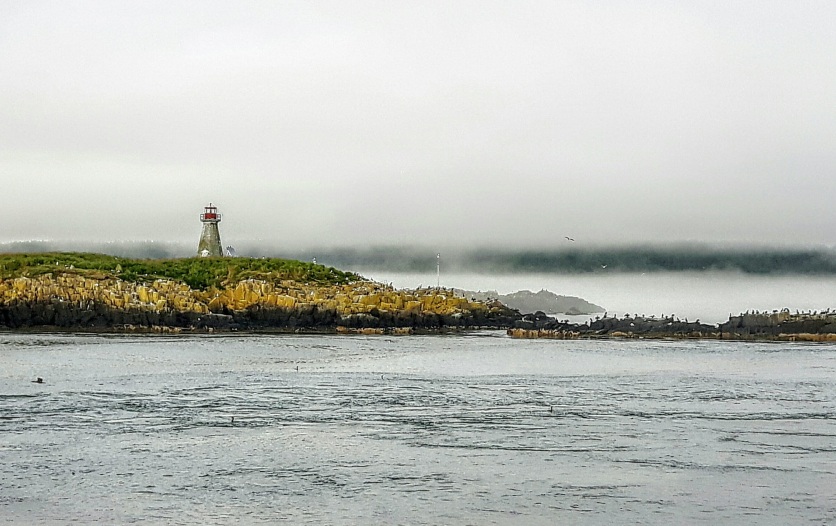 The entire island looks like an oil painting.  The whale watching tours along with the history and hiking sights offered up a great summer learning opportunity for Isaac and it was fun to see Maddie on her first boat ride.  If you have Whale Watching on your bucket list, I say to make the leap and just do it.  Not knowing what tomorrow holds has been my inspiration for taking my kids to see as much as I can swing, and I’m so grateful to have had this opportunity.  Bucket List:  Whale Watching.  Check!

5 thoughts on “Brier Island: Whale Tales and So Much More!”